Mr Mocktar Yedaly introduced the Af* session and invited Dr Nii Quaynor to do the roll call for the representatives of AF* organisations.

Dr Quaynor related the beginnings of the Af* and the history behind the AIS through a briefing.

Mr Pindar Wong concluded that there is an exciting new World Wide Web (W3C) Consortium standard called 'Decentralized Identifiers' and encourage the AF* community to lead in its adoption and deployment.  With the invention and deployment of cryptographic currencies, he observed the opportunity to establish an AF* Bitcoin Endowment to help resource the community. Specifically, he suggested the use of multiple signatures by corresponding AF* organisations.

After watching 21 years of AF* deployment since the first AFNOG meeting in 2000 in Capetown, he fundamentally believes how the Internet in Africa evolves is of central importance to how the whole Internet evolves, but he cautions against assuming a geographic point of view when the network is fundamentally topological in nature.

The updates were given by:

History of the AF*

The next session addressed the institutional history of the Af* and was moderated by Adiel Akplogan Vice President Technical Engagement, ICANN. The session focused on exploring ways for newcomers in the ecosystem to know the history of Af* and on the change as well as the evolution of AF* and the role they play in the Internet ecosystem. Mr Akplogan invited AF* representatives to join the discussion on what is being done by each AF* organisation to keep their story and history alive 20+ years down the line.

The participants recognised a need to consolidate the repository of records and archives in each organisation and explored the challenges. The session discussed several ideas and recommendations to cover the history of the Internet in Africa.

Mr Akplogan concluded by stating that documentation is crucial for this project and there is a need to have a systematic approach by creating a sub-committee that would consolidate such documentation. Mr Akplogan also proposed that Af* secretariat create a small group to look deep into this  project and discuss about it during the next Af* gathering.

Fadi Chehadé spoke about the trust factor in Africa and as the continent of hope.  ‘Trust’ is a brand of high value and an opportunity that Africa should not miss on.

Fadi Chehadé highlighted that trust is the most significant deficit of our planet today with the surge of omnipresent surveillance. Fadi Chehede expressed his concern over this aspect.

Fadi Chehadé proposed having guard rails, which can be an effective solution for the Internet.

Dr Quaynor thanked Fadi Chahadé for his contribution to the Internet ecosystem, ICANN, and the African technical community.

Fadi Chehadé concluded the session by saying that Africa should not accept anything less than what can be aimed for as a technical community in Africa and set high goals.

The day closed with an open mic session. The AfNOG community discussed the future of the Af* and the multi-stakeholder approach of our ecosystem.

You can meet the sponsors virtually on the spatial chat platform>>https://spatial.chat/s/africaninternetsummit2021

Our survey is open and the link has already been shared on the chat. You stand a chance to win a little surprise. The winner will be announced on Thursday 3rd June 2021 during the break. EN Link>>https://www.videoask.com/f2ya1ehvr

All slides and videos are available in the agenda under their individual sessions. 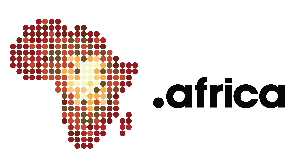 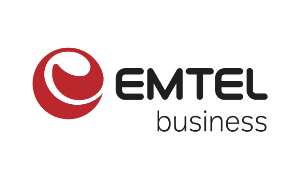